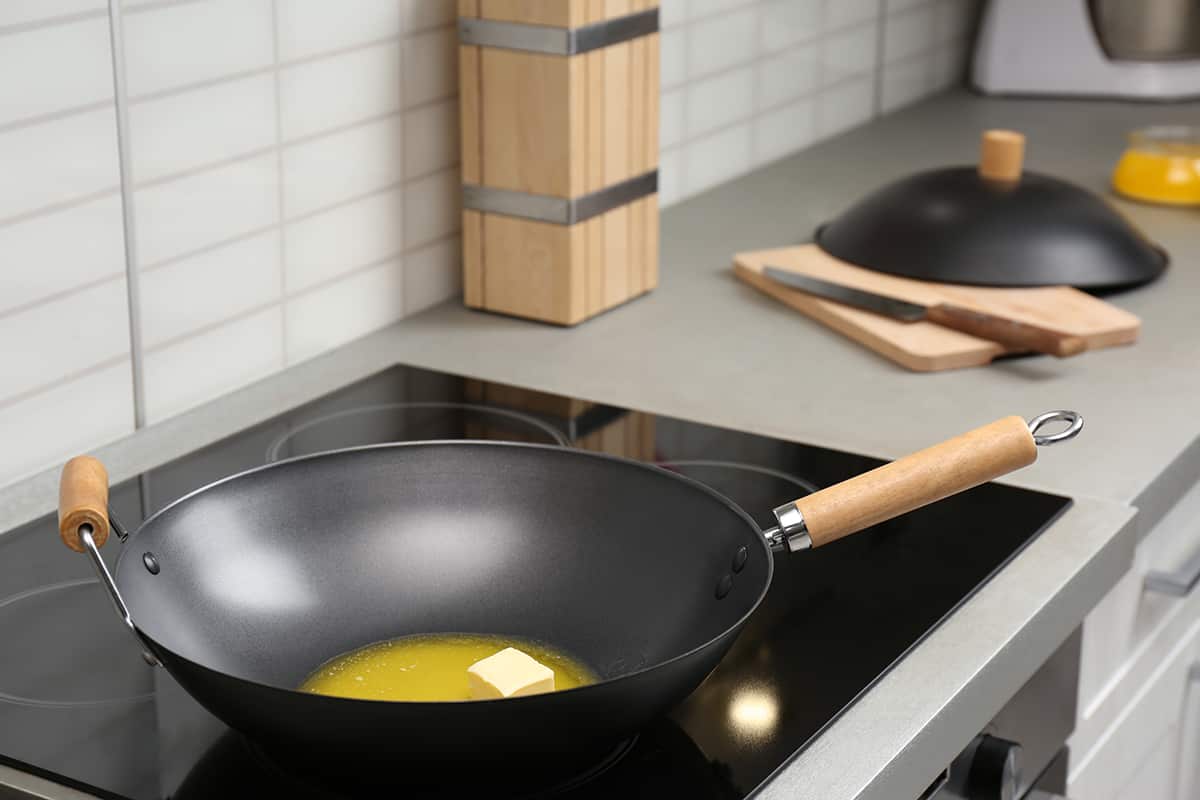 Woks are great for a million things, but they’re mainly used for cooking foods quickly by introducing them to high levels of heat. As such, you will need to place a wok on an open flame in order to heat the bottom of the cooking vessel evenly, thereby ensuring that your food is cooked in as little time as possible. But if your home is fitted with an electric stove, are woks out of the question?

There are woks that are suitable for electric stoves. Such woks will have flat bottoms in order to receive the heat from flat heating coils or glass tops.

There is so much more to learn about these ancient cooking vessels. In this guide, I’ll talk about what woks are used for and how you can use woks on an electric stove.

What Is a Wok? 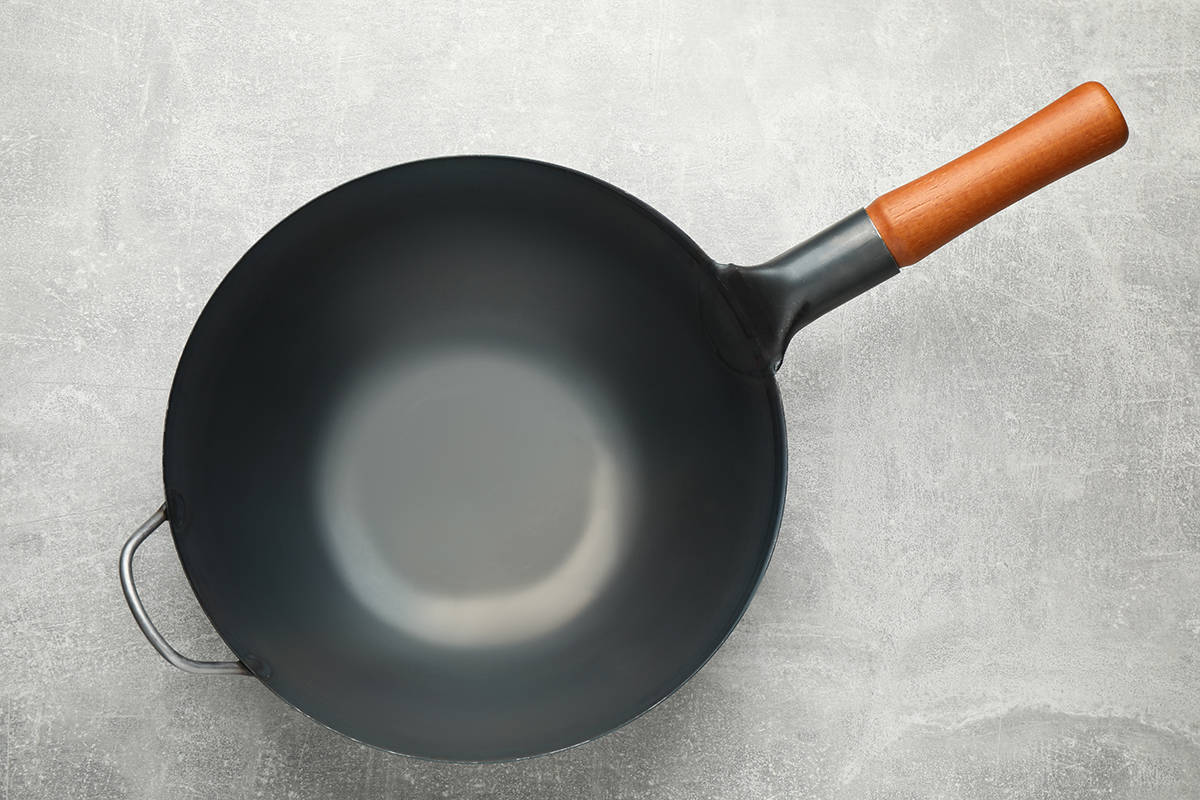 If you’ve ever paid a visit to the Orient, or if you’ve visited a local Asian restaurant in your town, then you’re probably familiar with what a wok is. For those that don’t know, this guide is for you.

A wok is a large cooking vessel with rounded bottoms and high walls. They typically come with two handles, but there are versions of woks that have a single, long handle.

The concaved design of a wok helps it receive a ton of heat quickly. This, combined with gas burners that emit tons of heat, will allow a wok to rapidly cook all sorts of stir-fried dishes—the most popular of which is fried rice.

One huge benefit of conducting so much heat is that it gives woks somewhat of a non-stick surface. Even without seasoning the pan in the traditional way you would a cast-iron skillet, you don’t have to worry too much about rice, vegetables, and meats adhering to the surface and burning to a crisp.

What Are Woks Used for?

Woks are almost exclusively used for stir-frying food. With enough practice, you can flip your food without having to use a spatula or ladle. After spending enough time on an open flame, a wok can turn raw white rice into perfectly fried rice in as little as 60 seconds.

For the health-conscious of you readers, you might also be excited to learn that woks can prepare “healthier” fried foods. Woks don’t require tons of oil to create a non-stick surface. As such, your food will come out less greasy, so you can enjoy more stir-fried deliciousness per week with considerably less guilt.

Due to their high-wall designs, you can use woks for virtually anything, including making stews and gravies. However, the rounded bottom helps the wok conduct a lot more heat than traditional flat-bottom pans and skillets. So, you should turn the temperature down on your stove to slow-cook your favorite dishes.

How to Season a Wok 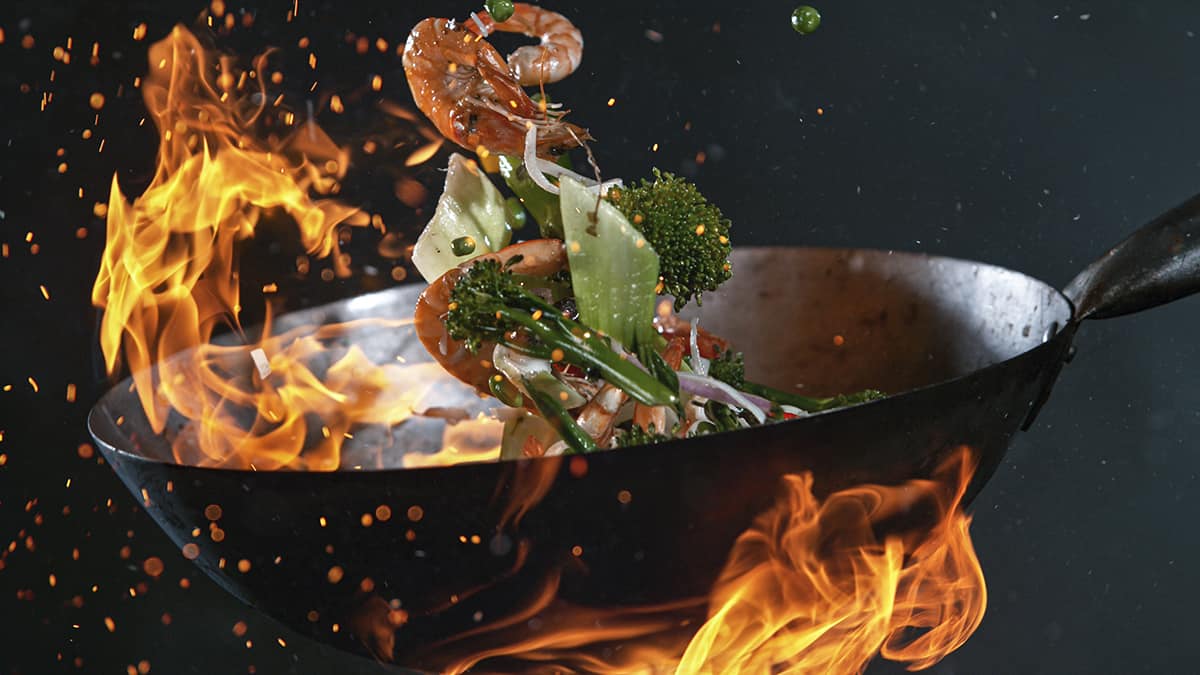 To give woks a non-stick coating, you will have to introduce heat and oil to the cooking vessel. Seasoning a wok isn’t unlike seasoning a cast-iron skillet, but it requires much less oil and a lot more physical labor. I’ll describe the wok-seasoning process down below.

After following the steps above, your wok should be seasoned properly. Now, to maintain its seasoning, you should only use tiny amounts of oil whenever you use the wok for cooking. In addition, you should not wash the wok with soapy water. All you have to do is boil a cup of water in the wok and use a sponge to remove the solid food remnants.

Can You Use a Wok on an Electric Stove?

So far, I’ve only mentioned how woks can be used on gas burners. They require a ton of heat to season and work with, and you can only get that level of heat from an open flame. But is that really the case?

For those without gas burners at home, you’re in luck. Woks can also be used on electric stoves! However, the best woks for electric stoves are those with flat bottoms. They will still have the iconic high, concaved walls, but the flat bottoms will help the pan sit on the coils or glass tops of electric stoves. Round-bottom woks will wobble on your stove and possibly spill your food all over the place, creating an unnecessary problem in your kitchen.

The only problem you might have with flat-bottom woks is flipping your food. The sudden slope from the flat bottom of the wok and the concave walls will act as somewhat of an obstacle. Woks with round bottoms don’t have this problem.

However, flat-bottom woks are your only option if you have an electric stove. Unless you feel like investing in a gas burner, you will have to make do with what your stove is compatible with.

Can You Use a Round-Bottom Wok on an Electric Stove?

However, since the rack lifts the wok slightly above the heating element of an electric stove, it can take much longer for the wok to heat up. Also, it will be almost impossible to heat the wok up to the same levels as a flat-bottom wok. 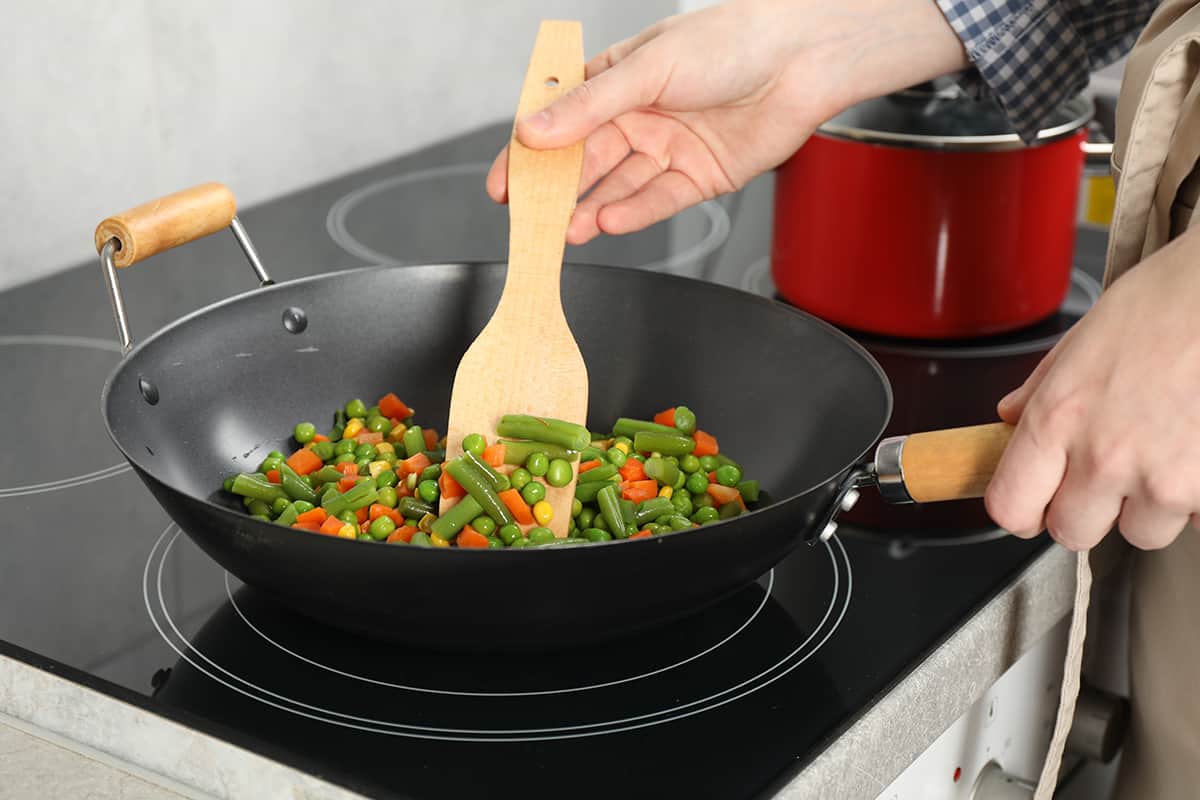 Glass tops are designed to withstand tremendous amounts of heat. However, physical force is a completely different story.

When using a wok, you are supposed to move the wok around, possibly lifting it several inches above the heating element to toss food. Now, try and imagine what sort of damage the wok will do when you move it side to side on a glass top or slam the wok down on the glass top.

So, you should be incredibly careful when using a wok on a glass-top electric stove. To preserve the structural integrity of the glass top, you should use a spatula to flip and toss your food around. It won’t be nearly as satisfying as flipping your food with the wok, but at the very least, you won’t have to replace the glass top on your stove.

Can You Use a Wok on an Induction Stove?

Induction stoves work differently from electric stoves, although they both use the same fuel source.

An induction stove uses electric currents to increase the temperature of the cooking vessel. The only requirement is that the cooking vessel must be made of a magnetic material—i.e., stainless steel, carbon steel, cast iron, etc.

So, if your wok is made of a ferromagnetic metal, it should be usable on an induction stove. However, you will have the same concerns as you would using a wok on a glass-top electric stove. 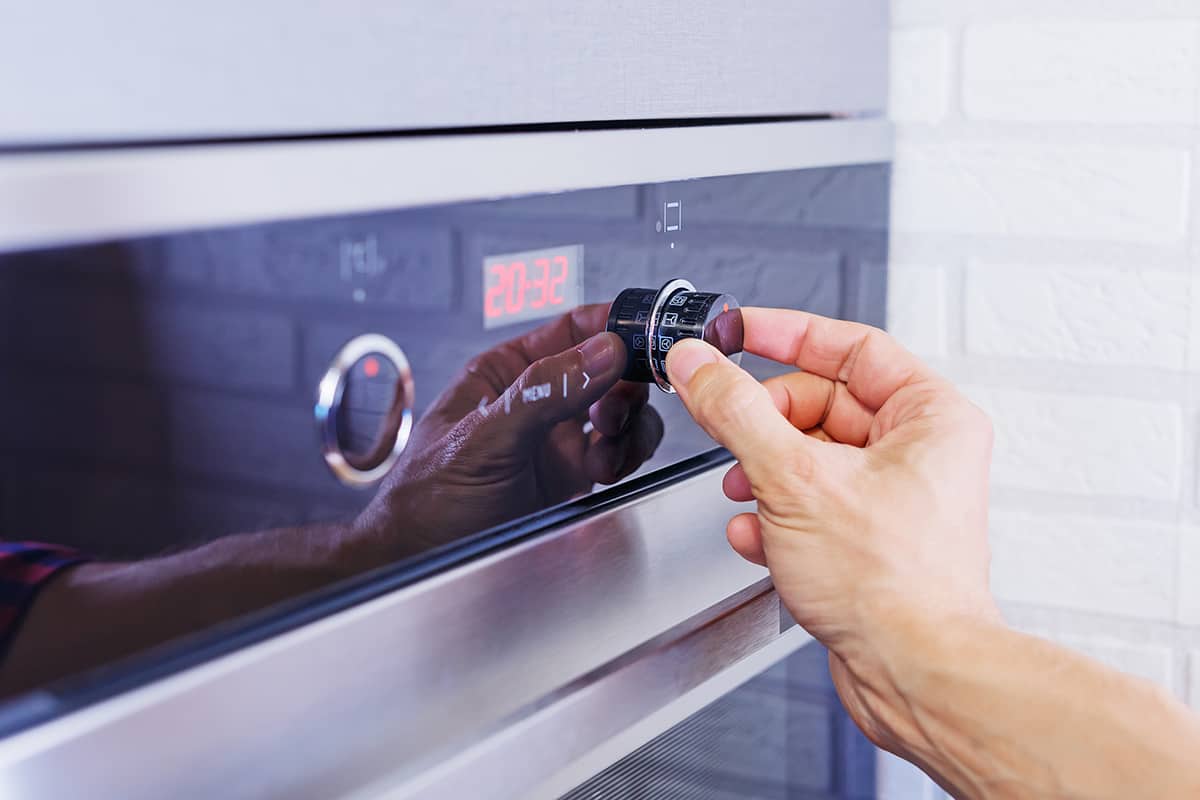 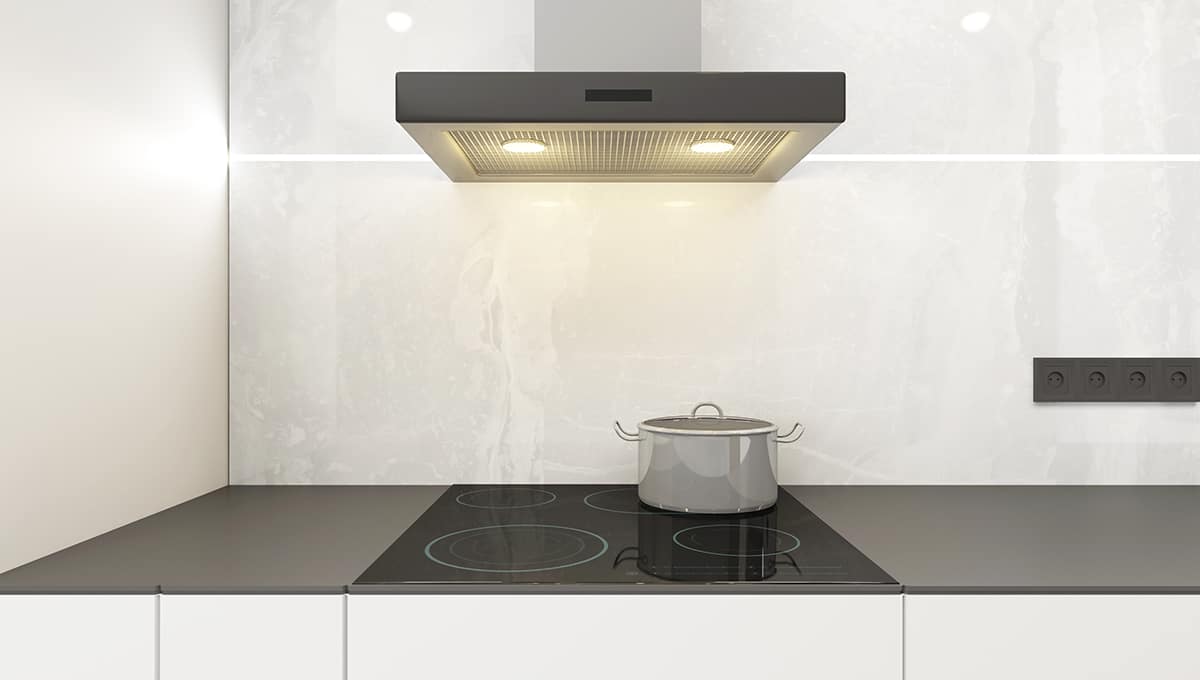 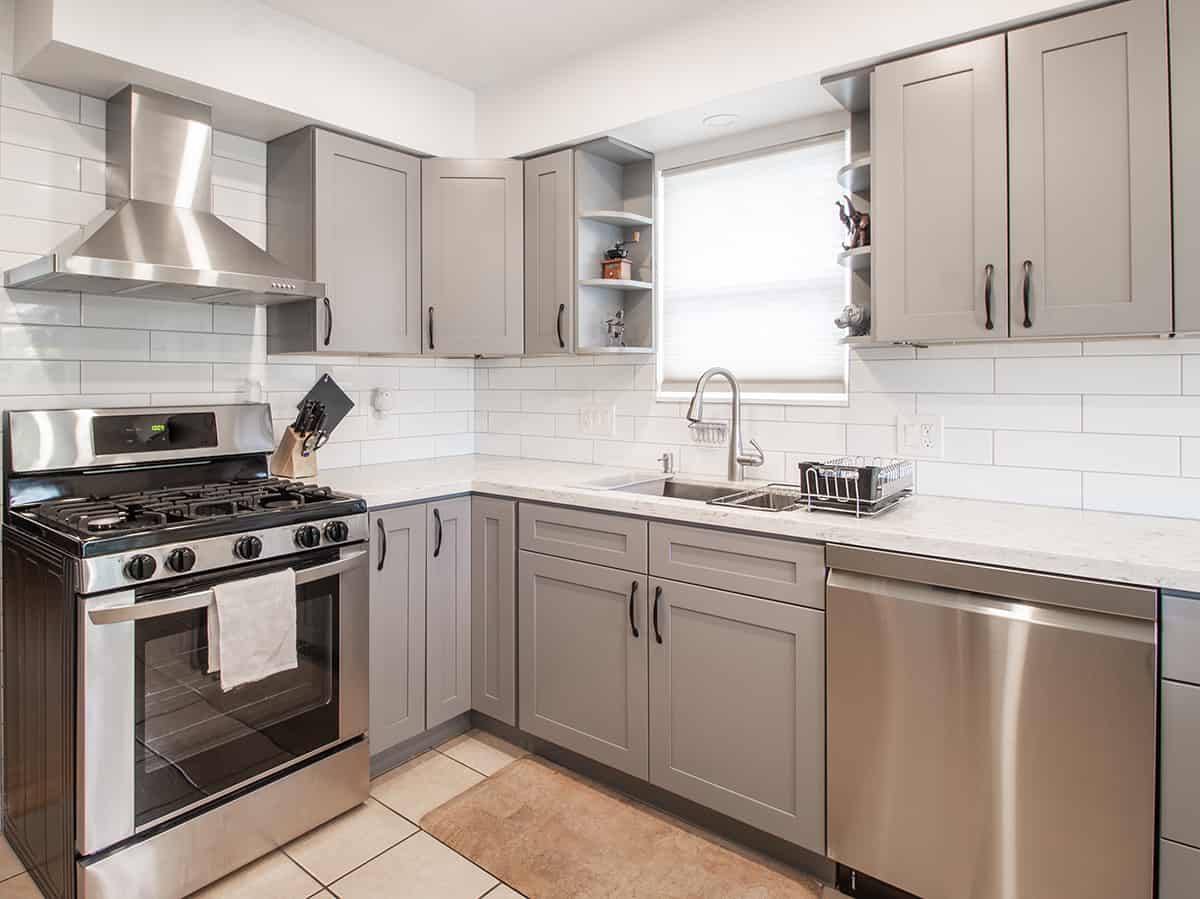 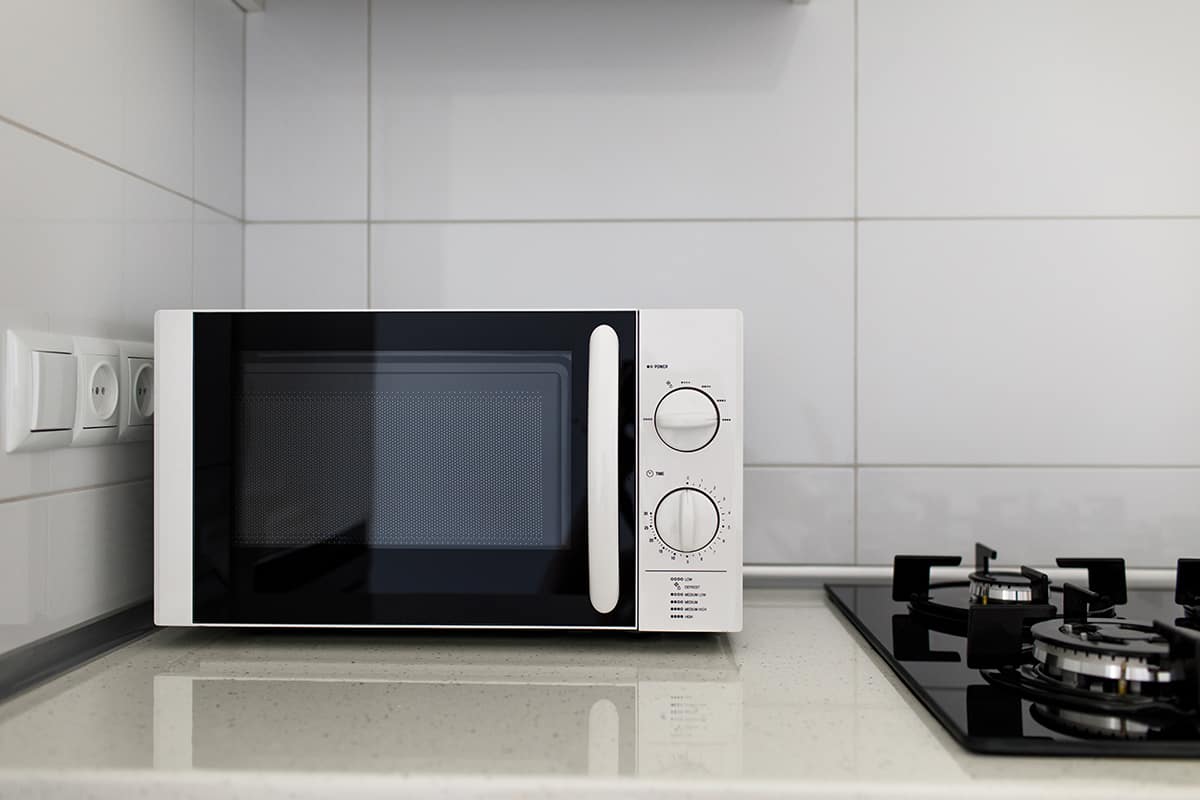 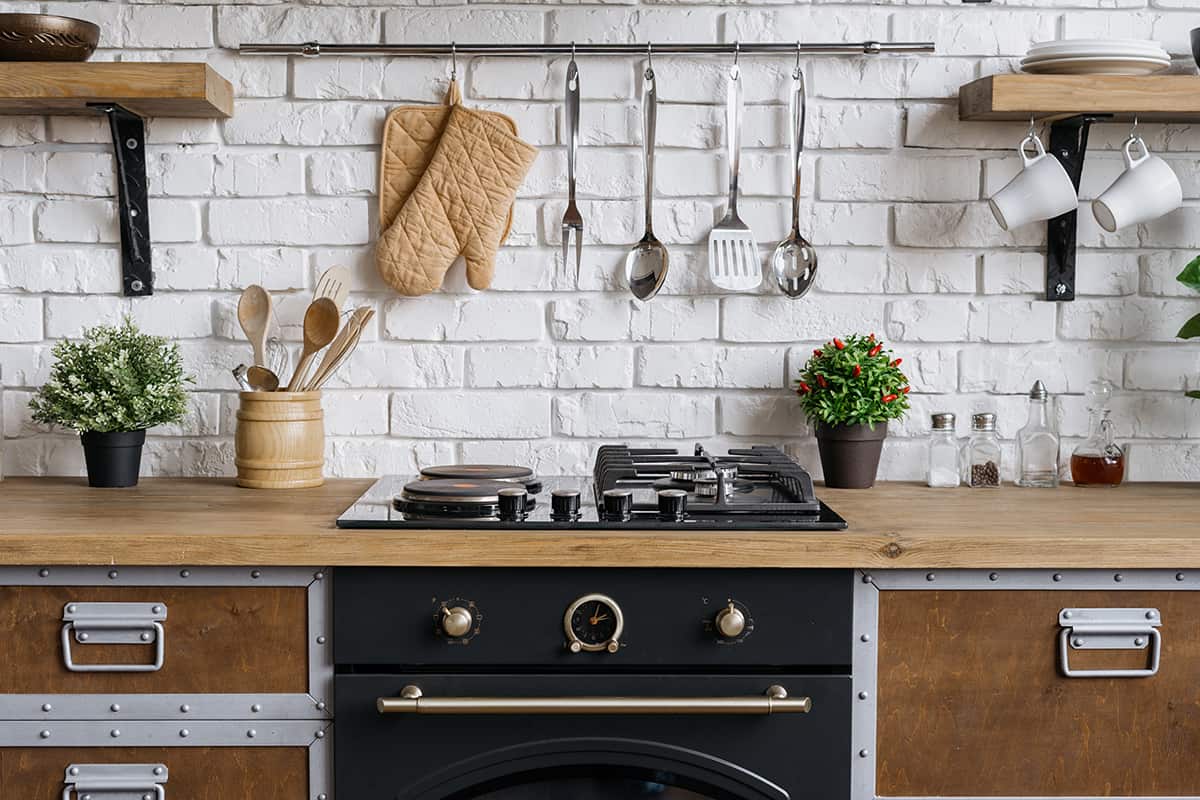 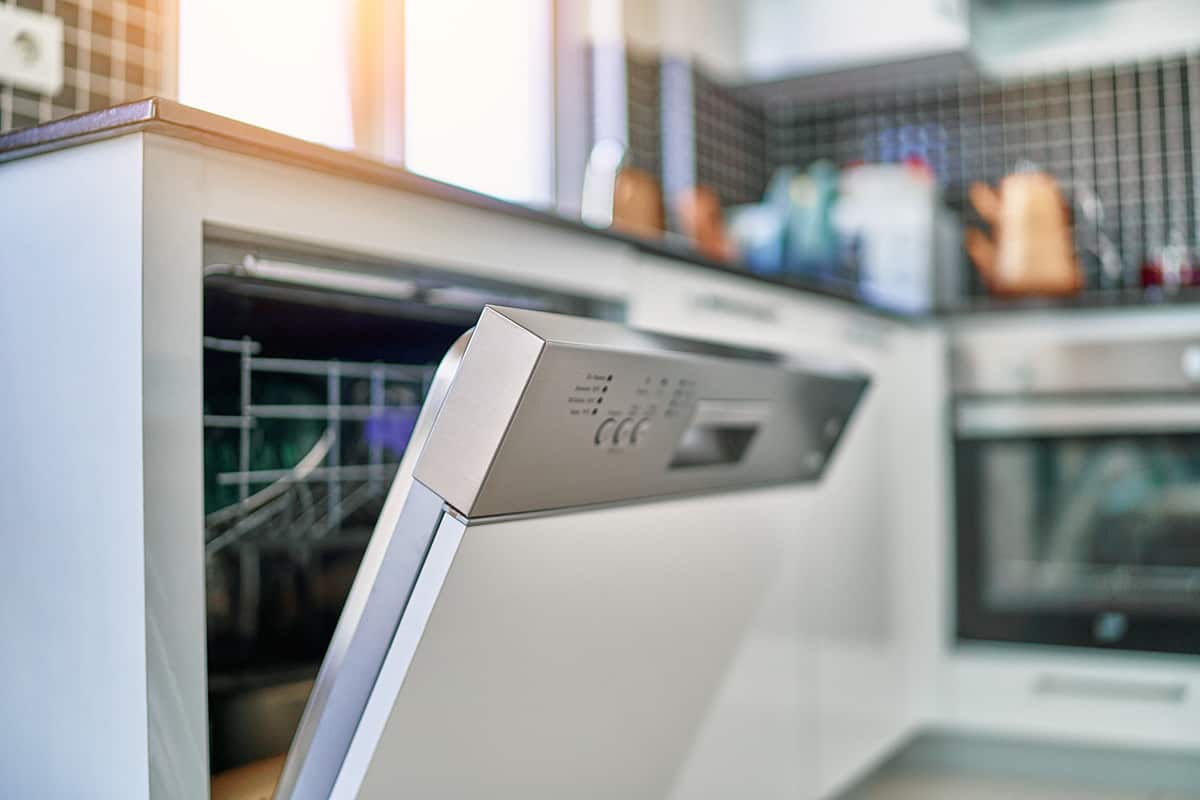 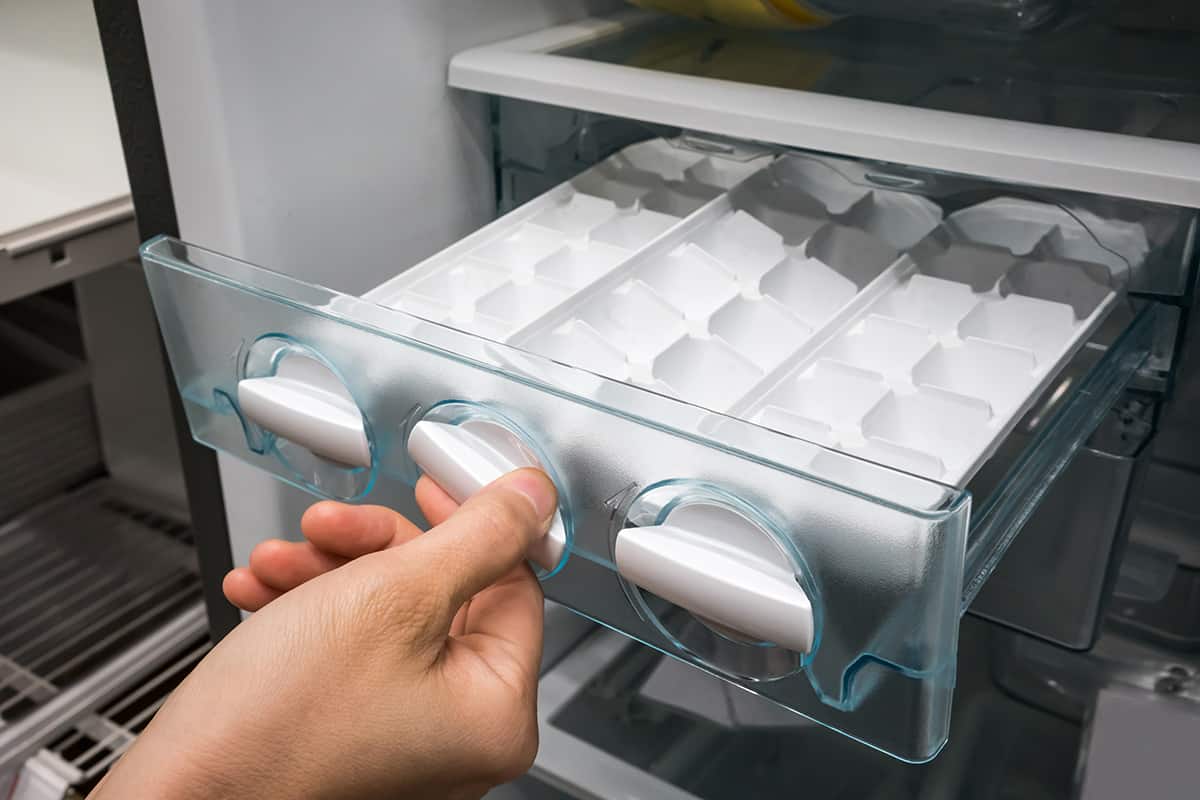 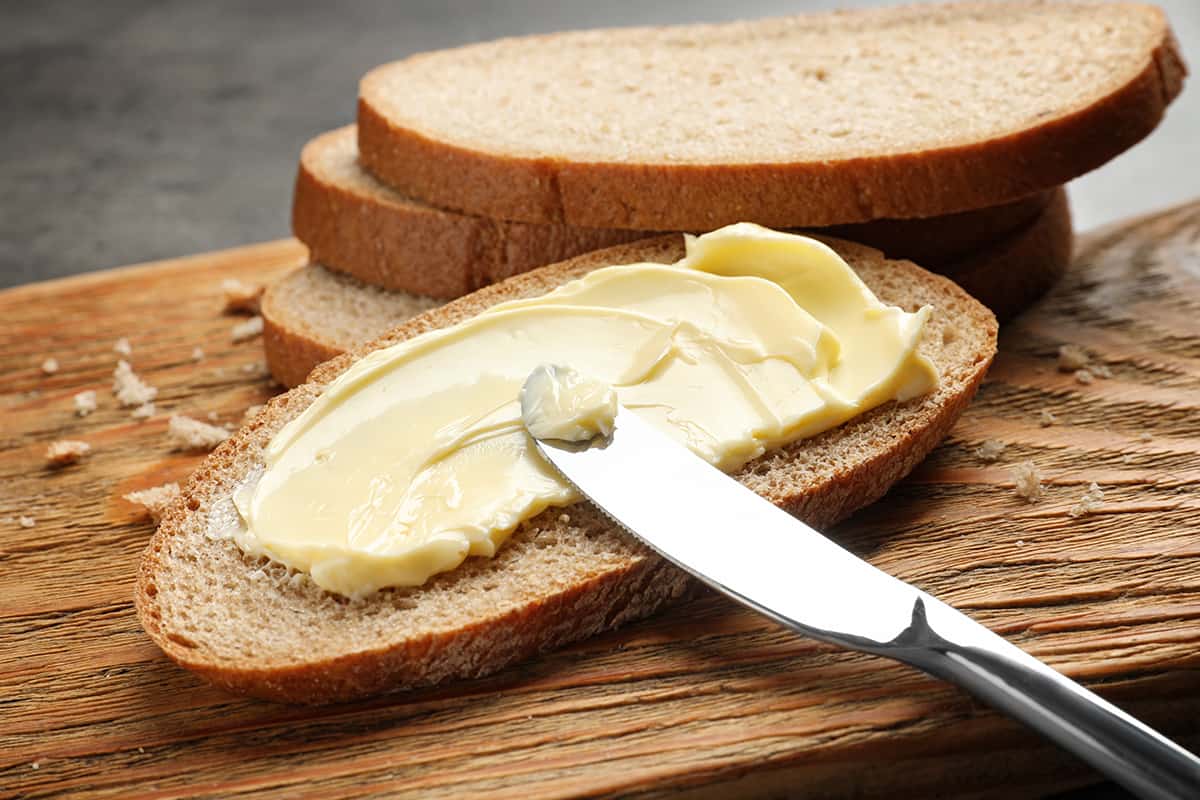